As you may remember I was not very pleased with the itinerary imposed upon us by the Chinese which included 3 nights in Lhasa and 2 nights in Tingri.  Yesterday during lunch in Xigatse I asked Jampa, the Tibetan guy that accompanied us on behalf of the Chinese Mountaineering Association,  whether we could not skip a night in Tingri. To my surprise he said that if we had our final check of the permits in Tingri we could drive straight on to EBC and skip Tingri all together – provided we would get up at 6 AM. I called Namgya whether they were ok if we arrived 2 days earlier and he was OK.
The route from Tingri to EBC was totally different from last year. It seems the Chinese have decided to Disney-fy EBC and have built a fantastic 2-lane highway to a fake EBC at 5000 m a couple of km before the real EBC where you can drink tea and buy souvenirs. Bus loads of tourists are dropped there. At the numerous checkpoints, there are lines for tourists and for other people (farmers, climbers) and giggling Japanese girls come and touch you to feel a ‘real climber’..  it’s unreal….
The good thing about the new highway is that is goes through Pang La with a magnificent view on the 8000+m giants and that it is faster. Hence we are now in EBC. On the picture you can see our camp with Namgya (orange jacket) at the right and Dawa (black) in the middle and in the clouds behind a glimpse of Everest. 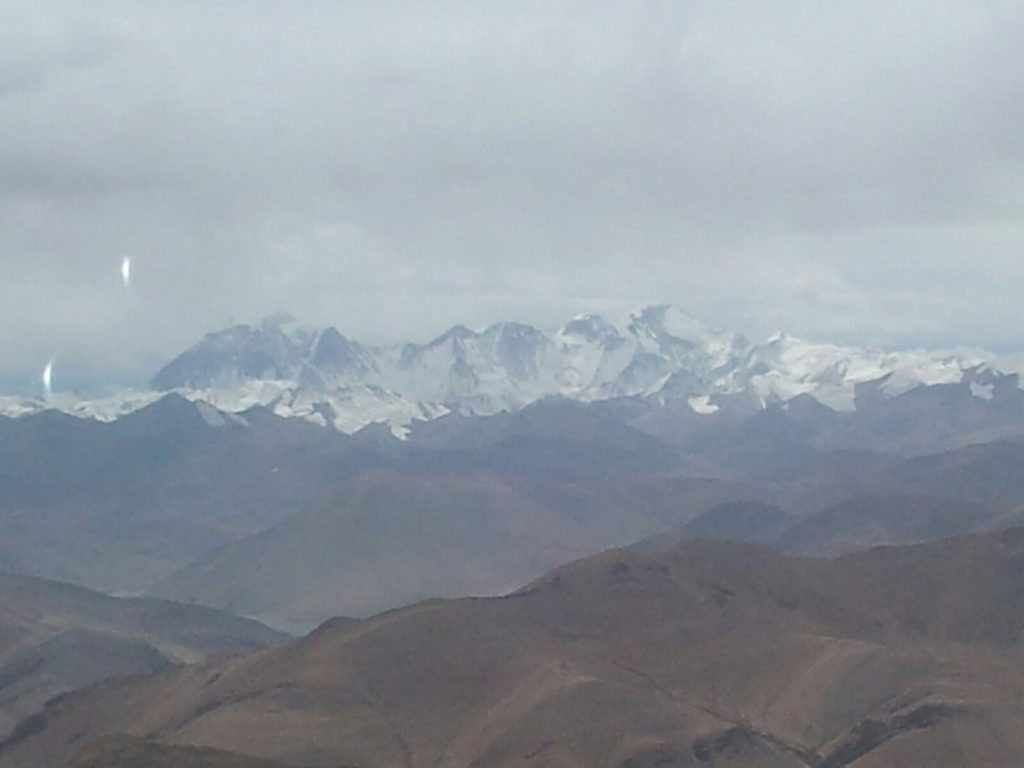 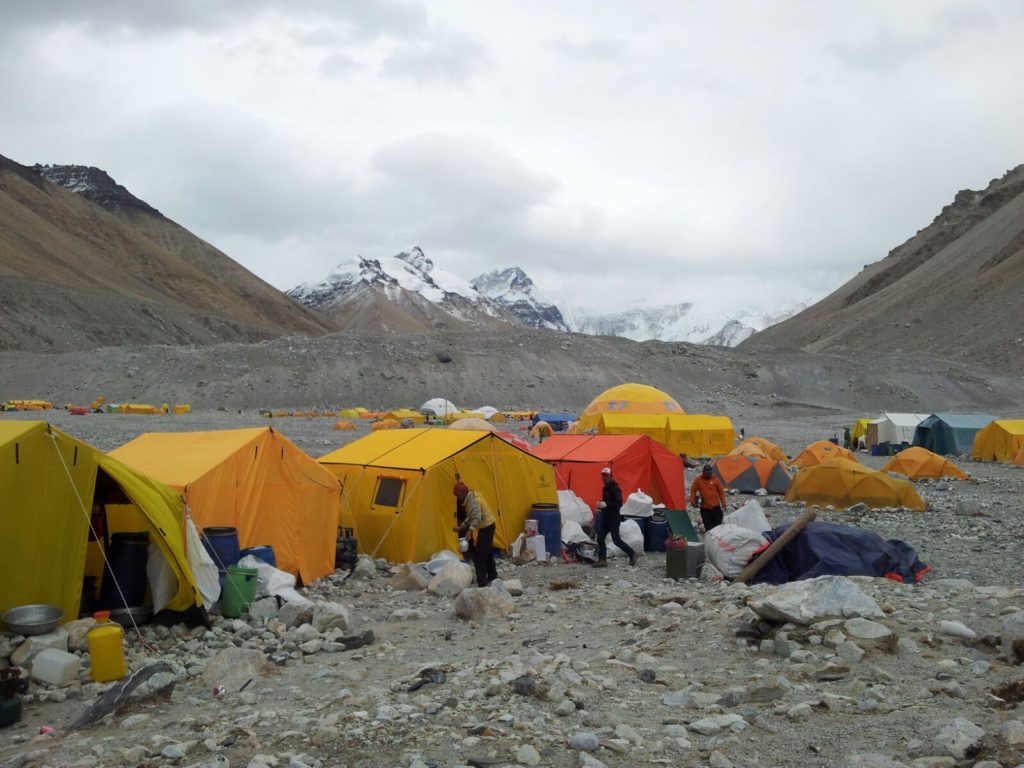