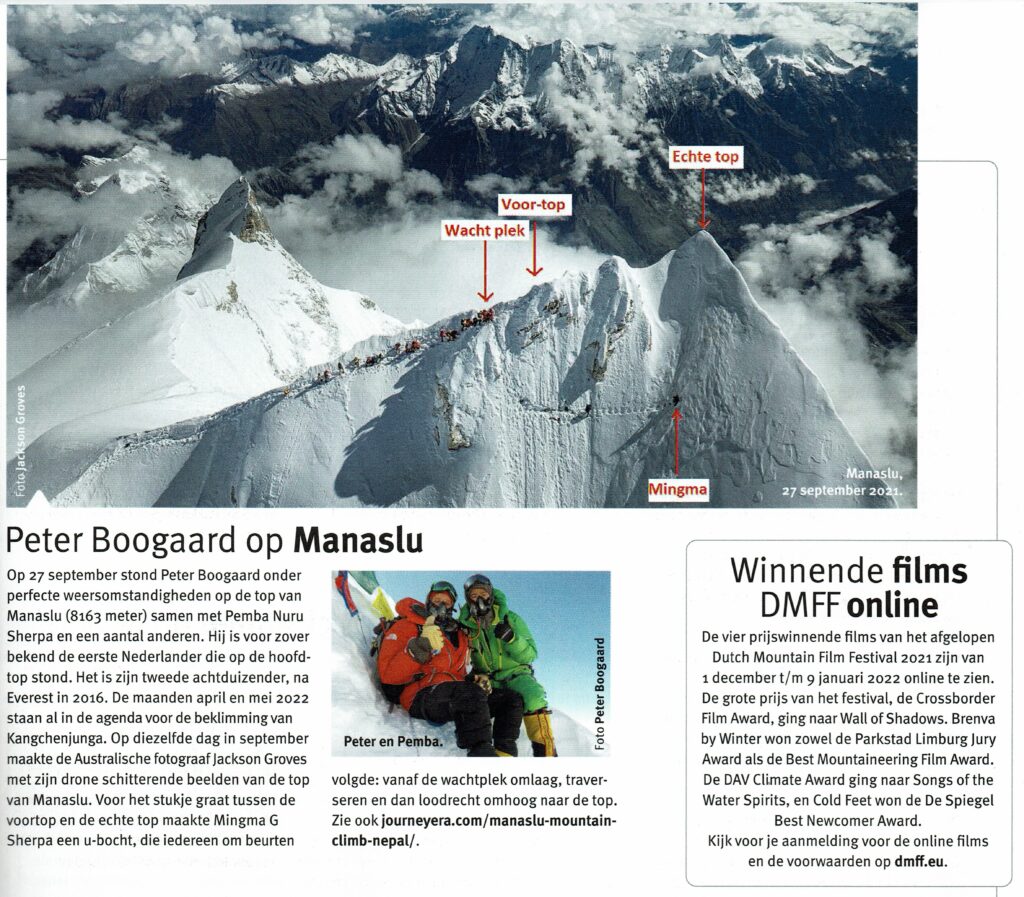 Question and Answer page in Shell World (the internal magazine of Shell). 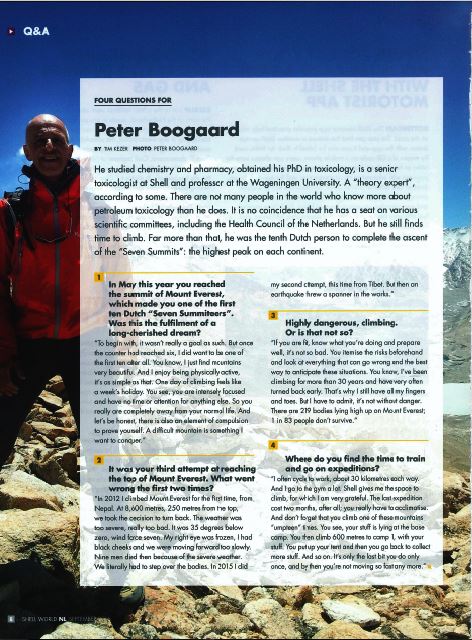 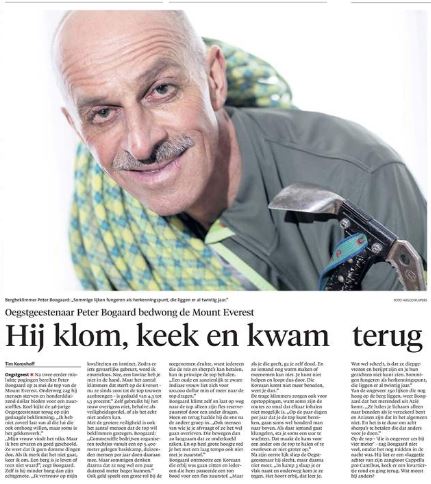 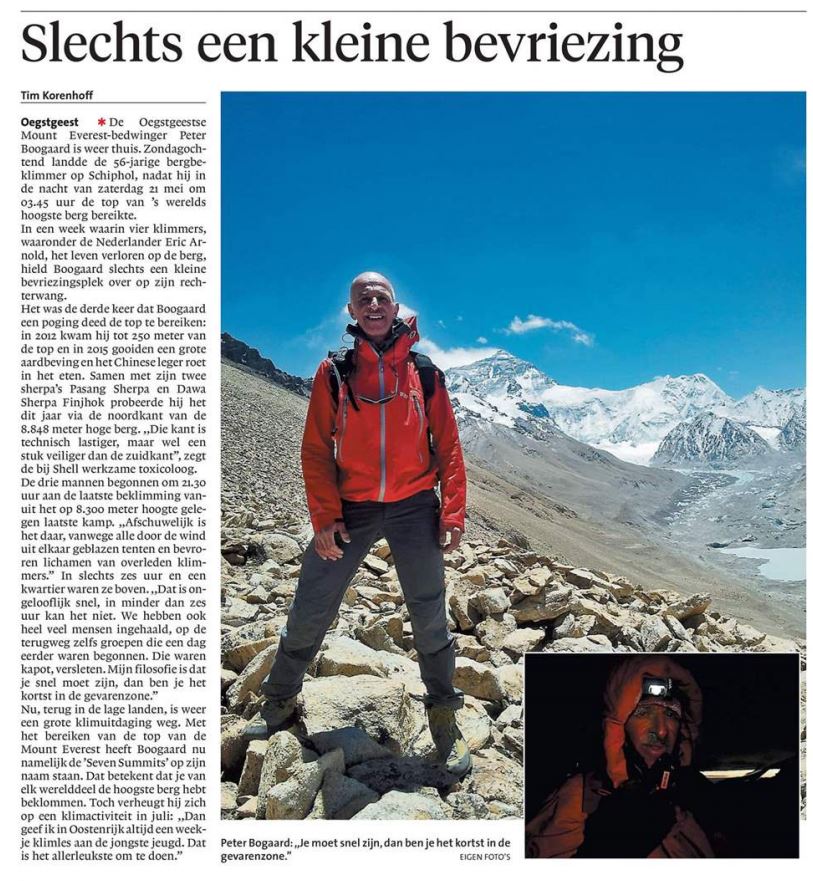 News page of Royal Dutch Mountaineering Society, announcing the summit and the fact that with summitting Mt Evererst I am the 10th Dutch Seven Summitteer.

The Dutch Everest Expedition was highlighted in “Hoogtelijn”  the official magazine of the Royal Dutch Mountaineering Society under ‘Expedition News’ (look at page 10).

In their launch of the Provisional 2016 Events Calendar, the UIAA specifically mentions the Dutch Everest 2016 Expedition and me being Ambassador of the UIAA Respect the Mountains Campaign.

October 2015 – Attention for Fundraiser in ‘Hoogtelijn‘ (The national magazine of the Royal Dutch Mountaineering Society; look at page 50) (in Dutch)

This issue of ‘Hoogtelijn‘ featured the actions by members to support  Nepal. My fundraiser “Tiles for the roof of the world’ is at page 50…

The newsletter (in Dutch) of the regional chapter of the Royal Dutch Mountaineering Society launches the fundraiser to help rebuild Lukla after the devastating earthquakes in April and May.

Press coverage in the largest Dutch Newspaper on the surviving Dutch climbers on Everest.

The regional chapter of the Royal Dutch Mountaineering Society interviewed me on the next expedition. The Newsletter can be found here (with a link to a Google Earth Impression of the Northern Route) and the actual interview here: interview Route van Rijnland Maart 2015

All of a sudden you’re supposed to be an expert on the weirdest subjects related to Everest… (Webcast on waste on Mt Everest by Trouw, one of the bigger Dutch News papers – in Dutch)

The podcast from Makersradio is online. It tells about ‘cold’ and includes interviews with Jetze and myself on suffering from the cold on the Dutch Everest 2012 expedition, when we had to turn back at 8600 m due an unexpected weather change that led to terrible conditions – my right eye got frozen and my cheeks black and blistered from frost bite… Link to podcast (in Dutch)

One thought on “News Coverage”