Dawa, Pasang and I are fully prepared: well acclimatised, Camps 1, 2 and 3 are set up, equipped and stocked. The skies are bright, no clouds, no wind but…. no fixed ropes beyond 8300 m. For whatever obscure reasons the CMA (Chinese Mountaineering Association), which is responsible for fixing the ropes doesn’t proceed. On the Nepalese side everything is ready and the first summit attempts are underway. There are all kind of rumours why the Chinese delay but basically nobody knows.

My best source of info is Kari, leader of the Swiss team. He’s climbing for the 16th season from Tibet (and has romantic liaison with the president of the CMA: she stayed 3 months in his chalet and apparently wants to marry him). Yesterday I climbed up to his tent to chat but he was not sure what is going on. However he thought that CMA might go up the 17th and the ropes might be fixed the 19th.  In any case, it would take approximately another week so I decided to go down to EBC.

Again climbing down the 18 km of the Rongbuk glacier. It remains a spectacular glacier with seracs bigger than appartment buildings and ‘ice sharks’ of more than 25 m tall.  However, I had hoped I would have to climb them down only once. It is obvious I’ll have to climb the Rongbuk up and down at least once more.  Nevertheless, there is some positive news as well. A young couple, Andrea from Switzerland and Nurbu from Nepal, have joined. Nurbu is the former sirdar from Kari but has set up his own company two years ago. They have just climbed Cho Oyu and now proceed to Everest and get their services from Namgya.  It implies that I have very nice company now again. 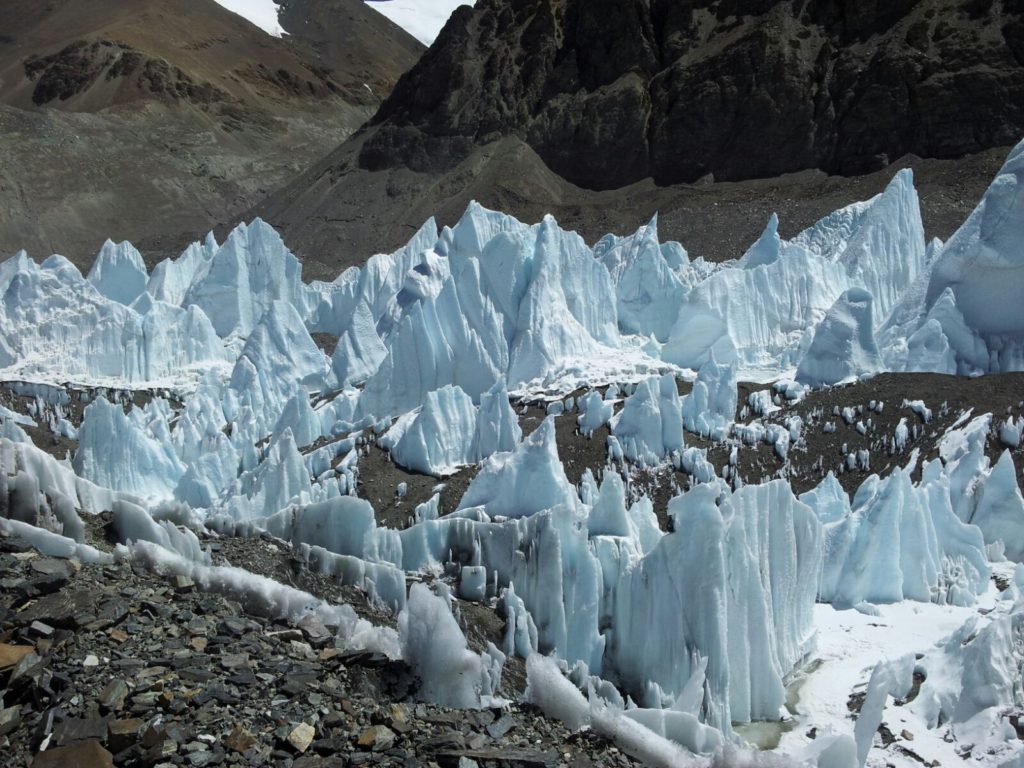 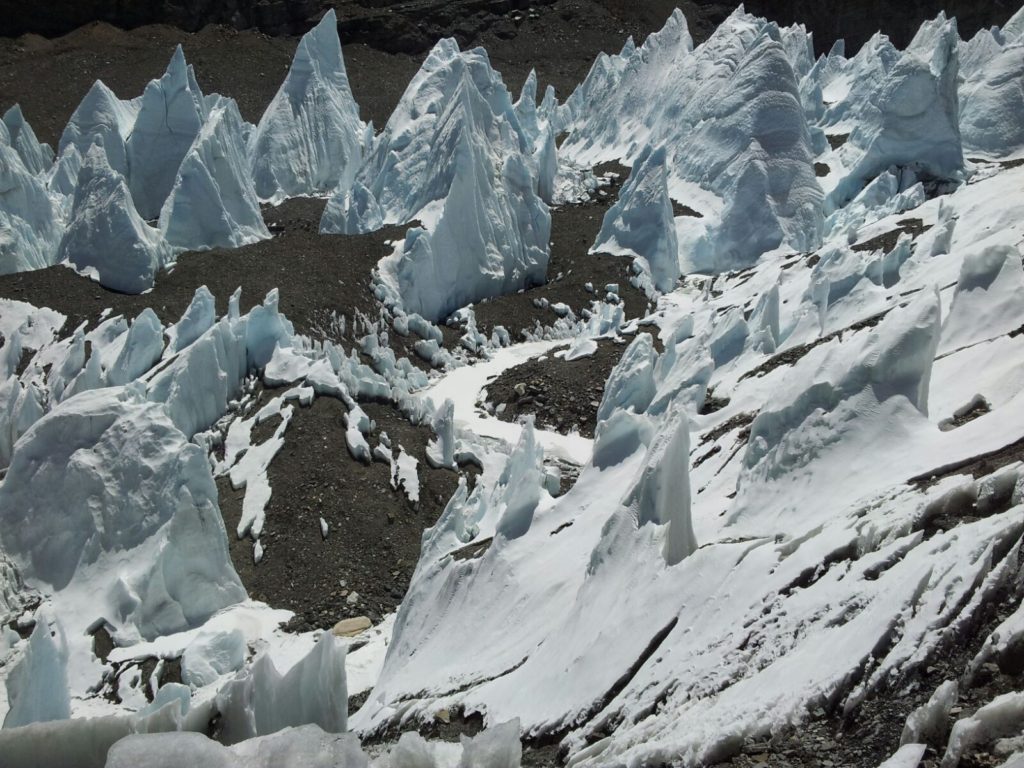 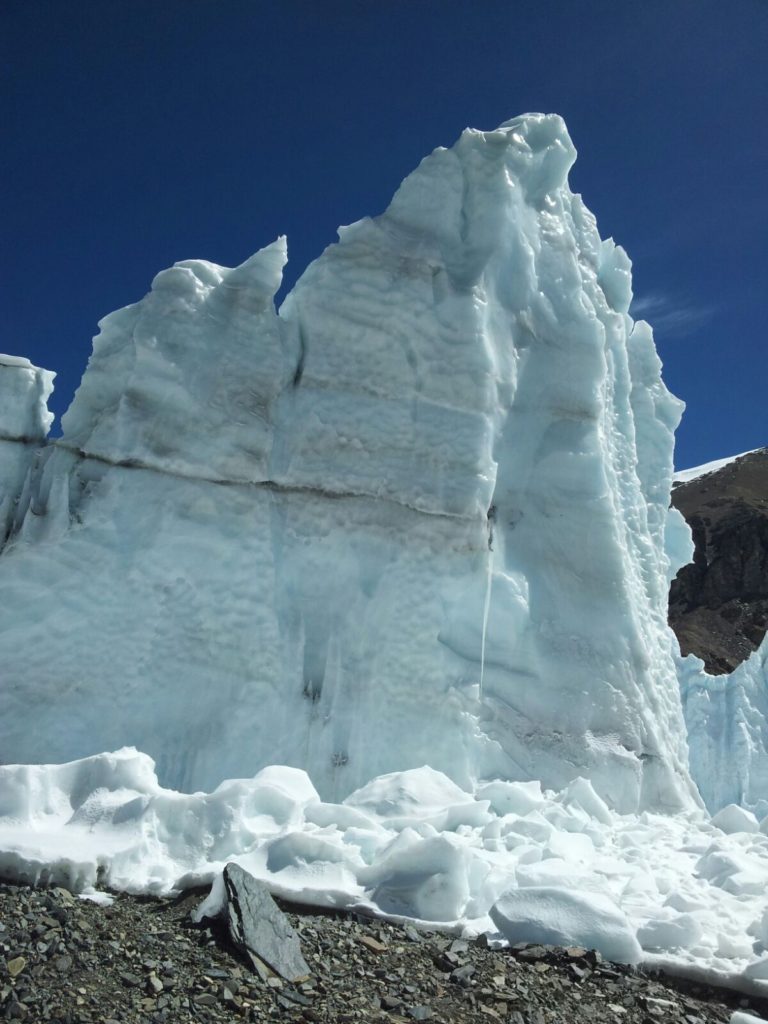