After two days travelling through the Tibetan Highlands from EBC to Lhasa, I have arrived in Kathmandu today. So I’m no longer suffering from the Chinese restrictions on Facebook, Google, and even this webiste (the Chinese blocked my updating, so my oldest son took care of that whenever I sent information by whatsapp or satphone, but typing on a smartphone screen whilst driving a 4WD in the Tibetan highlands did not prove very effective…). Anyhow, I’m safely back in civilisation now with unlimited access to food which is not unimportant as there is quite a bit less of me than when I started since I lost about 12 kg of body weight.

Some of you asked for an account of the summit climb.

Basically, after the talk of the leader of the rope-fixing team with Namgya and Norbu, we were pretty sure they would finish the final stretch on May 19th. Namgya had told Dawa and Pasang to go up with me on the 17th for a summit attempt at the 20th. However, talking around, I realised that about 120 climbers/sherpas would go to North Col on the 17th, and only about 30 climbers/sherpas on the 18th. I did not understand why Dawa and Pasang were not too enthusiastic for the 18th until I realised they had been given ‘marching orders’ by Namgya. So, I called Namgya on the satphone and he fully agreed: “you’re on the mountain, it’s your choice”. In the end, this appeared to be a very good choice as not only was the weather better on the 21st but there were indeed far less people on the mountain as well.

We left the 18th for the North Col (7.1 km), which was a fairly straightforward climb as there was much more snow than before. I slept with Dawa in the tent we had previously set up, which was quite a challenge as the tent was stocked with supplies and other tents etc. Next morning (19 may) we climbed over the long snow slopes to Camp 2 (7.8 km). We progressed steadily, but unfortunately it started snowing and there was a very hard wind which made it very difficult to reach the tent as Camp 2 is scattered over quite a big area since there are very few flat places where you can put up a tent. Nevertheless, we arrived and after have cooked dinner went immediately to sleep to have a good rest for the climb to High Camp next day. I was slightly scared that the bad weather would persists, but fortunately the forecast held and the winds became much less and it stopped snowing.

Next morning we climbed, in good weather, and in  very variable terrain, with rocks and ice, to High Camp (8.3 km), where we arrived around noon. High Camp is again scattered over a rather vast area because there are few places suitable for setting up a tent. It’s a ghastly place, full of remains ot tents blown apart by the strong winds, the frozen bodies of climbers who did not make it, empty gas cylinders etc., and human waste… We tried to sleep and eat until we left at 21:30 h for the summit. Pasang took the lead and we passed half a dozen teams that had left before us and then there seemed to be nobody in front of us…

Only when we stopped at ‘Mushroom Rock’ I realised that we had already climbed the 1st Step, at 8550 m. The 2nd Step, at 8625 m, cannot be missed with its ladders, but was not too difficult either. The 3rd Step, at 8700 m, however, was quite a challenge. I actually broke out a big boulder of it as I rather use the rock itself than the rope to pull myself up and quite a big block become loose when I tried to pull myself up on it and Andrea later kicked it out when she stepped on it. In fact, the famous steps are probably not the most challenging part of the climb, I think it’s rather the many traverses on very small ledges, which most of the time are not flat but are under an angle of up to 45 degrees or more, over very deep voids of several hundred meters. They evoked deep respect for the Chinese rope-fixers: these guys are real heroes and superb climbers to fix the ropes in such places. Moreover, I developed strong doubts whether Mallory and Irvine have been able to climb this in 1924. With the gear and equipment they had available at the time it seems very unlikely they would have been able to climb these traverses unless there was an enormous amount of snow.

However, after the 3rd Step, it was rather easy to climb to the summit, where we arrived at 3:45 h (Nepali time). We set an excellent time (6 h and 15 min from Camp 3 to Summit) but arrived in the dark, well before sunrise.

There were a couple of climbers from the South, but they did not stay long. It was rather windy and cold. Taking photo’s proved difficult (the lens froze and batteries don’t like the cold) and we moved down after about 20 minutes. At 4:15 h we were sufficiently far down to let Namgya know by radio we had made it. We then quickly moved down to High Camp, and subsequently all the way to ABC. Funny enough, we passed many teams that had summitted the day before on our way down. In addition, we had two rescue operations. The first was just above North Col. When we went down from Camp 2 to North Col, the weather deteriorated fast and when we were about at 7.5 km, there was a complete white out. Just before the point where the slope goes up again before Camp 1, an American fell and strained/twisted/broke his ankle so that he was unable to walk. There was chaos with half a dozen people trying to do something when we arrived. Dawa immediately took over the situation and got the guy to the camp at North Col. About two hours later, when we were descending the face of the North Col, one of the Indians fell in a crevasse. Although attached to the rope, he could not rescue himself since he had given all (!) his gear to his sherpa. Nurbu got him out with a Flaschenzug. All together this took quite some time, nevertheless we all arrived safely in ABC around 20:15 h.

The next day, Andrea, Norbu and myself descended to EBC. Dawa and Pasang went back to collect material at North Col and followed a day later.

Back in EBC, we heard good and bad news. The good news being that Jaco Ottink (a colleague of my brother) had summited from the South side on May 13th (making him the 9th Dutch Seven Summitteer). The sad news that Eric Arnold, after summitting from the South side, had passed away in his sleep on the South Col. Eric and I started our Everest attempts both in 2012 from the South and we actually met in the Cwm in 2012 on our way to ABC there. It’s really sad he cannot enjoy his final success to climb the top of the world. 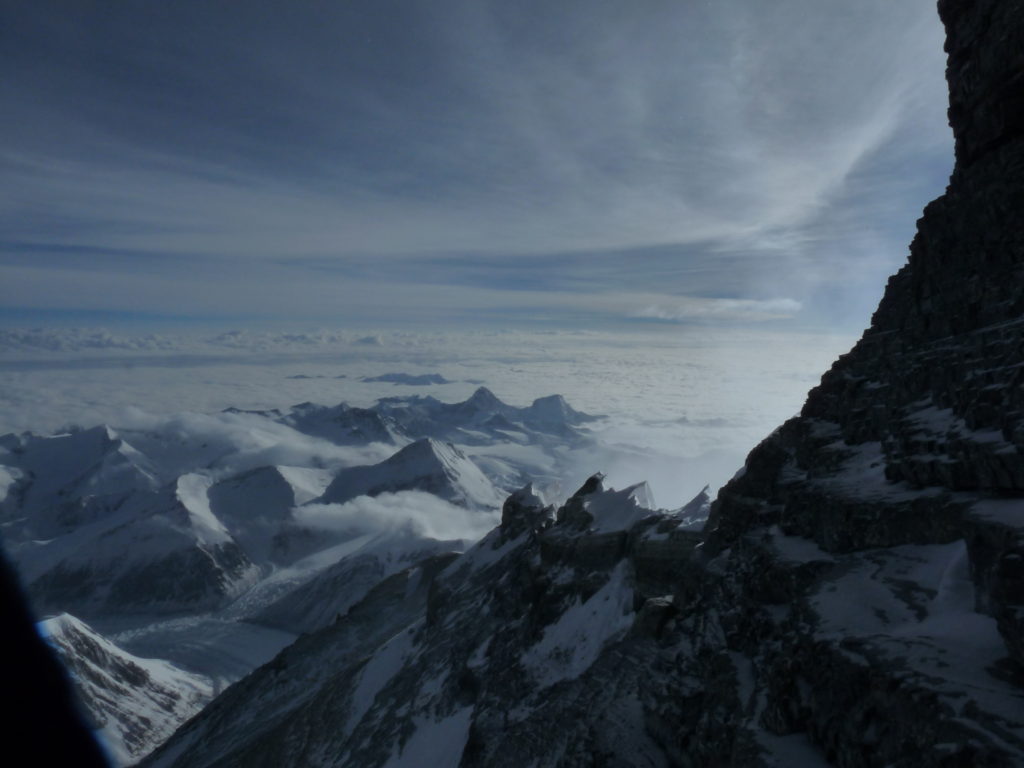 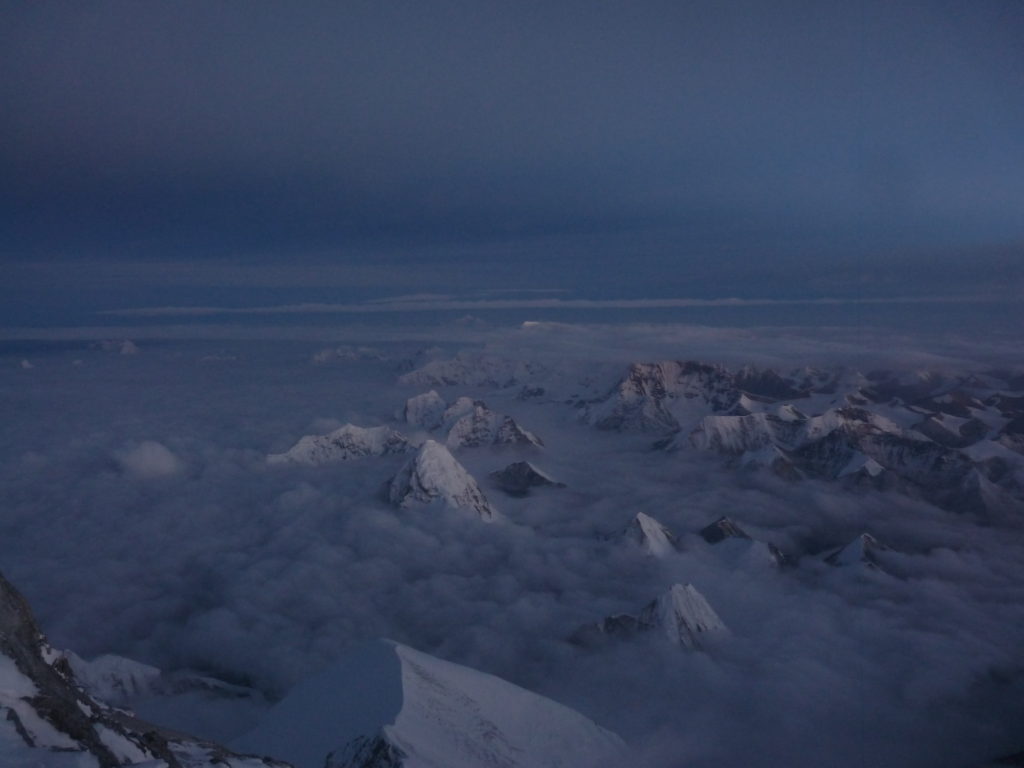 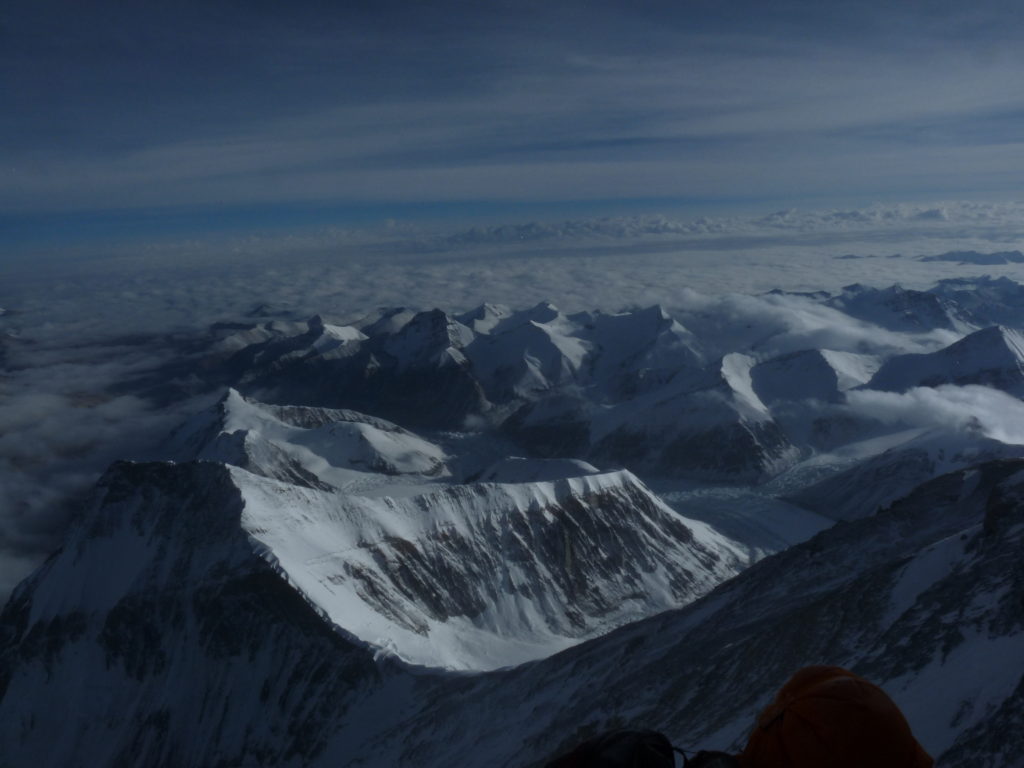 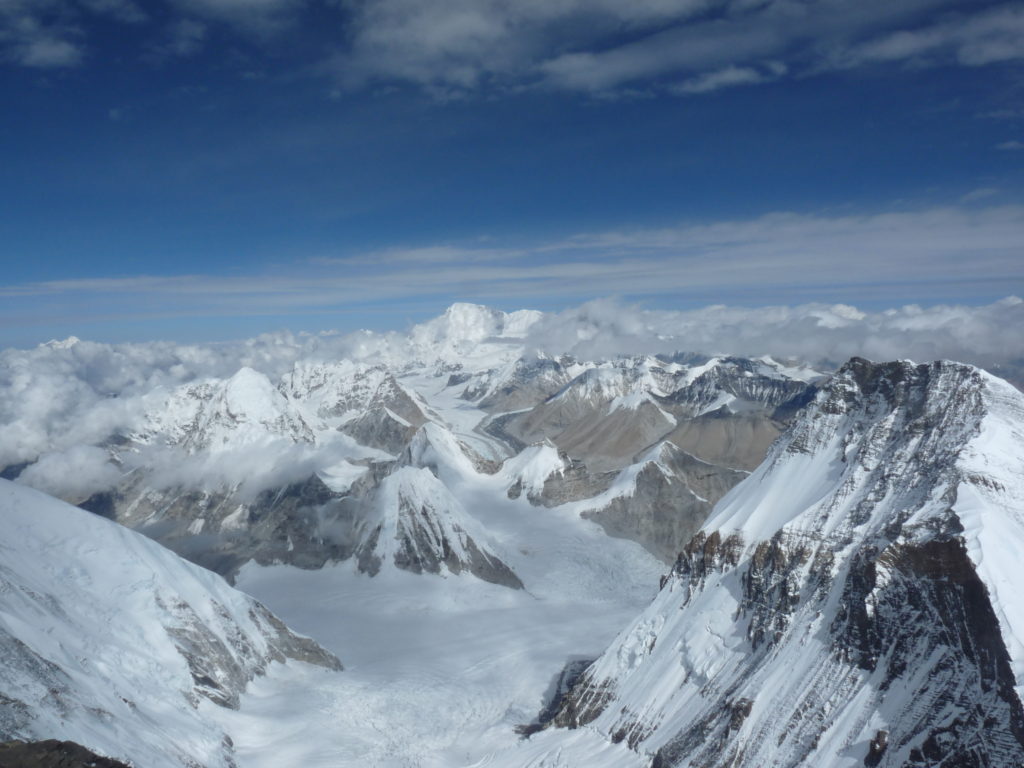